The Abacus (2nd century BC)

The Abacus (plural abaci or abacuses), also called a counting frame, is a calculating tool that was in use centuries before the adoption of the written modern numeral system and is still widely used by merchants, traders, and clerks in Asia, Africa, and anywhere else. Today, abaci are often constructed as a bamboo frame with beads sliding on wires, but originally, they were beans or stones moved in grooves in sand or on tablets of wood, stone, or metal. The user of an abacus is called abacist.

Let's add 4 +3. After bringing the abacus in its starting position you begin with displaying the first number, the 4 in our case. For this you move 4 beads from the column of the lower deck from the farthest right up. Now the abacus shows the 4. 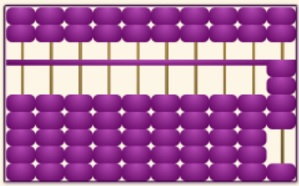 Then you need to add three more beads. After moving one more bead up there are no more beads left to move up for the two that still need to be moved upward. So we split the 3 in 1+2 in our head and change the 5 moved-up beads with one bead from the upper deck from the same column. We move that bead and the other 5 down. Now we have enough free beads again to move the remaining 2 beads up. That's it. We are done and you can see that 4 + 3 makes 7. 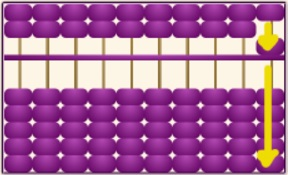 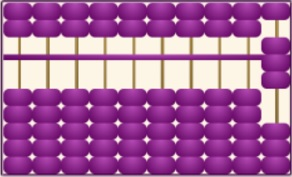 For understanding how subtraction is done with the abacus let's revisit our first example, just make it a subtraction now: 7-4. First you have to display the 7 on the abacus. We know that we need to move one bead from the upper deck down and two beads from the lower deck of the column farthest to the right up. Now we have the 7.

Now we need to remove 4. On the lower deck we only have two beads that we can remove which is not enough. But we first remove them knowing that we still have to remove 2 more. 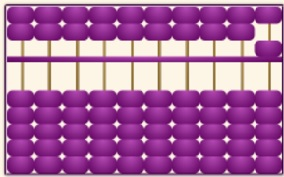 Now with the two beads moved down we can dissolve the value5 bead from the upper deck into 5 value1 beads from the lower deck which gives us again more beads to remove. 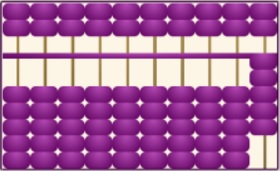 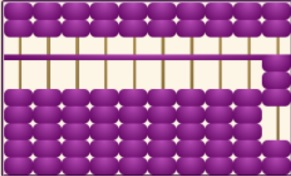 At Wabash Tax, you have access to professional year-round tax preparation and extended hours during the tax season from trained preparers with over 20 years of experience. We have the software and expertise to get the job done right. We are Enrolled Agents. "America's Elite Tax Experts."